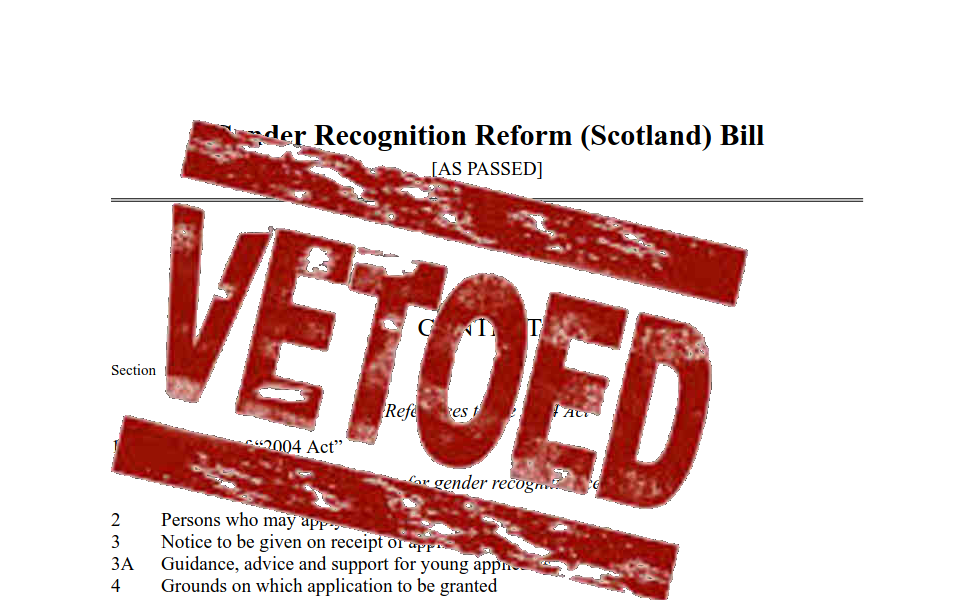 “Faith” as an imperative is a veto against science-in praxi, it means lies at any price.

After six years of delays, and despite the filibustering of the Tories. On the 22nd of December, the Gender Recognition Reform bill finally passed. But, within an hour of its passing, Alister Jack, had said Westminster would veto the bill.

How can Westminister veto the Scottish Parliament? Is this likely to happen? What would the outcome of this be?

I was interviewed live on Sky News when I found out about Alister Jack’s plan to veto the bill.

Can a “section 35 order” be used to veto the GRR (Gender Recognition Reform) Bill?

While the conservatives want to blame inflation on trans people. It’s unlikely he thinks the GRR is a threat to “national security”. I think it’s far more likely that he’s going to argue it would have an “adverse effect” on reserved matters.

If Westminster chooses to do so, this will likely fail. Shona Robison took great care to avoid endorsing any amendment that might be interpreted as touching on “reserved matters”.

The legislation itself just changes the way a person may apply for a Gender Recognition Certificate, something that already exists and has done so since the EU forced the UK government to adopt such legislation back in 2004.

Additionally, I think this will be counter-productive. The Tories have already been accused of riding “rough shot” over the democratic will of the people of Scotland. The more “nasty Westminister” links trans people and Scotland’s democratic right to self-determination. The more the pro-independence movement will become a progressive movement, and leave the reactionary “Blood and soil” nationalists behind.