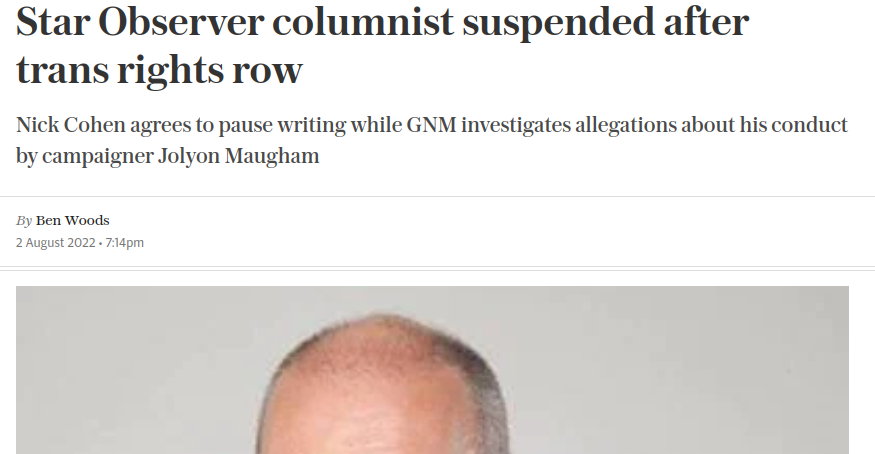 On Tuesday the 2nd of August Ben Woods the “Senior Business Reporter” of the Telegraph wrote about the suspension of the so-called “Star observer columnist” Nick Cohen.

The truth, as reported by the New European and The Press Gazette is Mr. Cohen “has agreed to step back from work for a period of time and co-operate with the company’s ongoing investigation”.

It’s not like the guardian didn’t know about the allegations, as the New Europen reported “Four or five years ago, a group of 30 to 40 female journalists at the Guardian demanded a meeting with editor-in-chief Kath Viner to complain of a culture of misogyny and sexist bullying within the newsrooms.”

I’ve reached out to Ben, to ask him to comment on his biased article and why he felt the need to cover up and protect Nick, but so far haven’t as yet received a response from him.

This isn’t the first time I’ve called out transphobia and media bias and I suspect it won’t be the last.