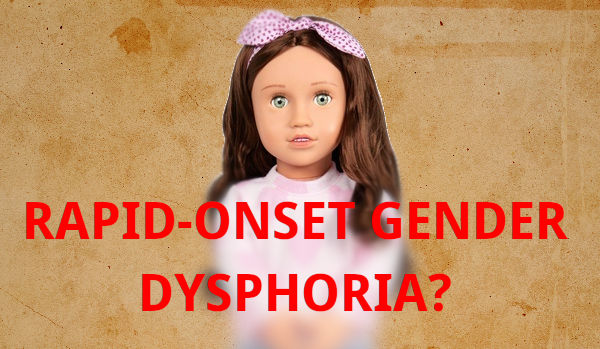 “He received a dose of measles, mumps, and rubella vaccine […] the day after which his mother described a striking deterioration in his behaviour that she did link with the immunisation”

Why did I start an article, debunking Rapid-onset gender dysphoria (ROGD), with a quote from the paper that linked the MMR vaccine with autism?

Much like the junk theory that the MMR vaccine leads to autism. The ROGD or “Social contagion” theory, started with a single scientific paper. Also, like the vaccines causes autism paper, the journal has had to go back and address lots of concerns. The vaccines lead to autism paper they have had to redact it entirely. With the Rapid-onset gender dysphoria paper they had to republish with a huge list of corrections. According to the journals site, this included, “the Title, Abstract, Introduction, Discussion, and Conclusion sections”. Finally, the results of neither paper have been able to be reproduced.

None of this, will stop conspiracy theories believing wacky theories but it’s important to put the facts out there.

So just what is Rapid-onset gender dysphoria (also known as Social Contagion or ROGD)?

Rapid-onset gender dysphoria is a phrase coined by Lisa Littman in her 2018 paper. In it she claims that children are being turned trans by “binge-watching Youtube transition videos”. This she claims explains the rise in children seeking help with gender dysphoria.

Let’s start with the study itself. It’s not, in itself wrong to ask the parents of trans kids about the child’s history. The problem however is the parents Lisa chooses to interview, she reached out to these parents who wanted their children to detransition.

This group of parents were already hunting around for an explanation, trying to blame something for their child’s gender identity.

A counter explanation is that the increase can be explained by society being more accepting of trans identities. This leads to young children feeling they don’t have to hide who they are.

Recent work by Dr Turban, looking at around 10,000 teens in the US, shows the percentage openly identifying as trans has decreased between 2017 and 2019. This makes absolute sense if you accept the counter explanation as there will be a small surge in “backed up” cases and then a reduction to the normal background amount.

It however doesn’t make sense in terms of ROGD because you would expect no natural ceiling and so the number of trans children should have increased not decreased over that period.

Additionally a Google Scholar search finder some smaller studies that likewise cast doubt on the theory that “YouTube trans kids” both in the case of small scale studies, interviewing the children themselves or larger studies such as Dr Turbans

Rapid-onset gender dysphoria has been used time and time again to attack and dismiss trans youth as well as the doctors who care for them, but it has no basis in reality and is a harmful discredited theory.

It’s interesting that Dr Turban’s study has made headlines across the globe, but not it would appear in the UK. I can’t think why that would be.

If you’ve found this article interesting please feel free to share it on social media and (if you can afford to) buy me a coffee via the ko-fi link below.

EDIT: The original post included an image by Cass Eris, used without permission, apologies to Cass, and thank you to @slandermepls on Twitter for highlighting the issue.