Why abortion rights are an LGBT+ issue 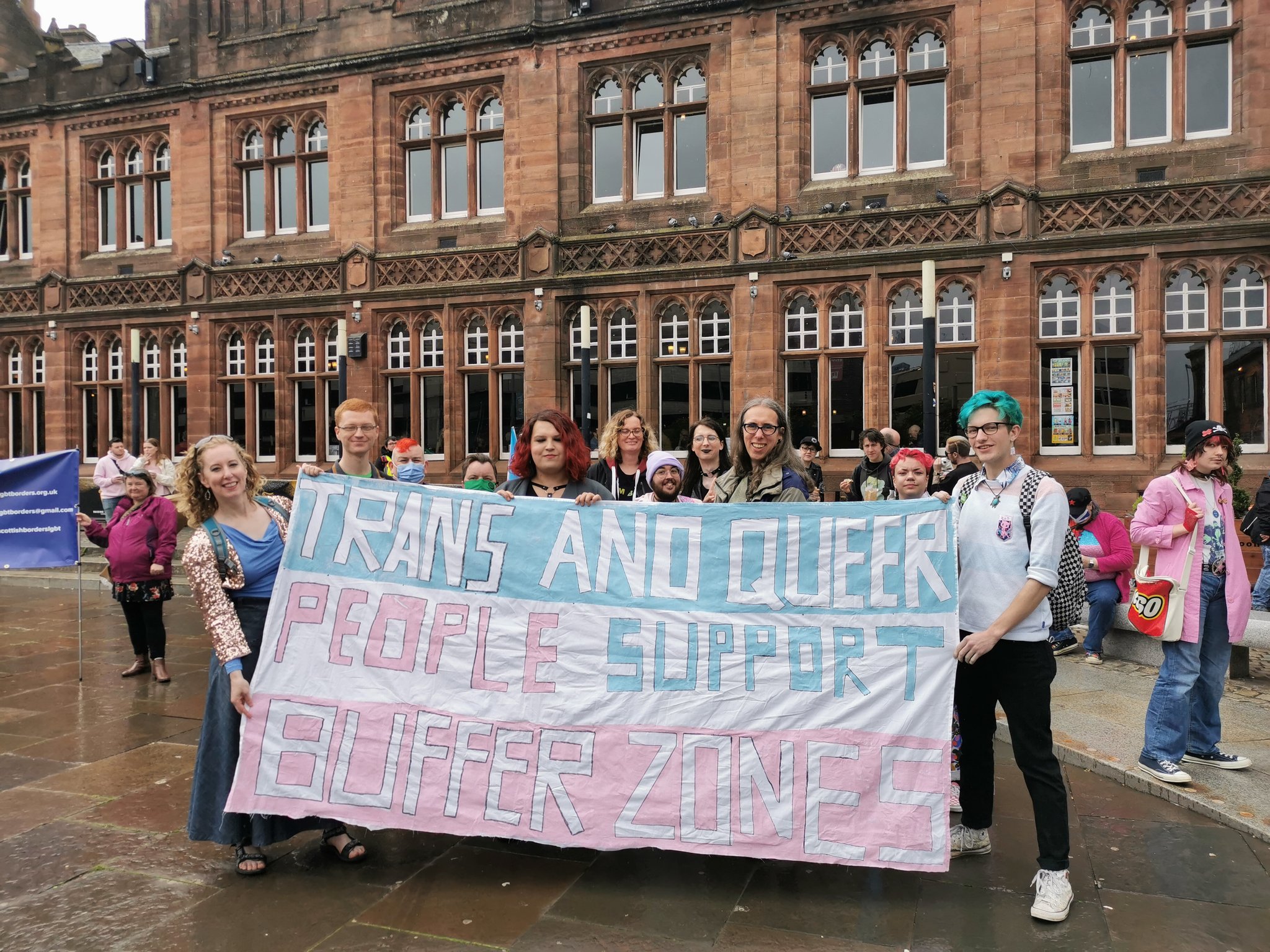 Why abortion rights are an LGBT+ issue

“What do you care, your not going to get pregnant”

A transphobe to me about our support for buffer zones.

At a time when we have an increase in the number of hate crimes reported by LGBT+ people and especially trans people, an ongoing crisis in GIC wait times, and the Gender Recognition Reform Bill going through parliament. It may seem strange for a group of trans and queer people to be pushing for buffer zones around abortion clinics.

After all, as one transphobe said to me “you’re not going to get pregnant”.

The attacks trans people experience are ideologically inspired by, if not directly funded by groups like the US-based heritage foundation. A far-right US group that also, surprise surprise, seeks to outlaw abortion in the US.

Closer to home, transphobes have attacked “Back Off Scotland” an inclusive organisation based in Scotland, seeking to ensure everyone needing pregnancy advice can access it hassle-free by implementing buffer zones around clinics.

The crime Back Off Scotland committed? Working with Beth and me, two trans women.

It is the fight for control over our own bodies, no matter if we are cis women, trans men or non-binary people who are pregnant and for whatever reason wish to end that pregnancy, or if we are trans women whose access to life-saving medication or surgery is gatekept by cisgender doctors (usually men) who claim to understand our bodies better than we do.

The fight is the same and those seeking to oppose us are the same people.

Both the fight for trans health care to move to an informed consent model and the fight for safe, legal abortions are part of a wider fight against patriarchal control.

That is why, despite the transphobic abuse Beth and I have suffered, neither of us will shy away from defending the right to safe, hassle-free, abortions.

Abortion rights are an LGBT+ issue.

One thought on “Why abortion rights are an LGBT+ issue”