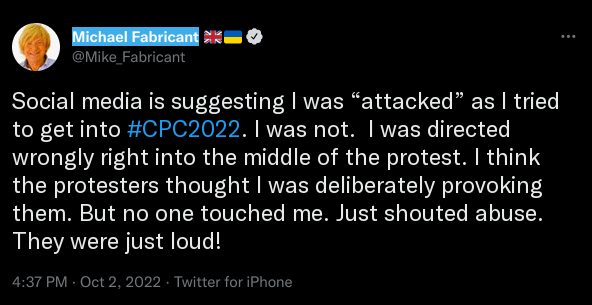 An incredibly serious acquisition, only …

According to Michael Fabricant himself, he wasn´t.

While I have to give kudos to Mr Fabricant for his honesty, this is a disgusting accusation by a Times journalist. Of course, trans people are very used to the Times outright lying about things. Hopefully this will be the death nail in any credibility The Times has.